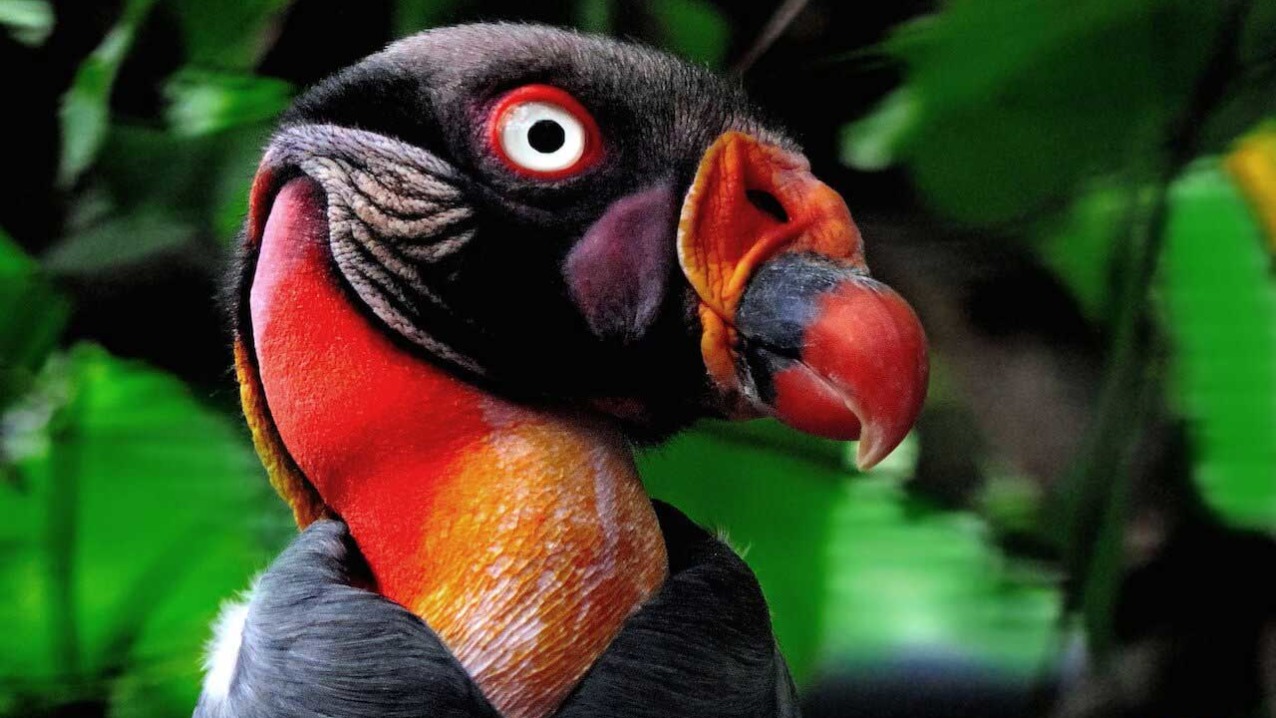 Vultures serve a useful purpose in disposing of dead and decaying animal remains, as well as in cleaning up in areas of poor or non-existent sanitation. This, however, does not make them popular with people. The bare head and neck enables them to become fouled up in their efforts to obtain food without endangering their plumage.

Vultures serve a useful purpose in disposing of dead and decaying animal remains, as well as in cleaning up in areas of poor or non-existent sanitation. This, however, does not make them popular with people.

The bare head and neck enables them to become fouled up in their efforts to obtain food without endangering their plumage.

Their feet are designed for perching, and are not adapted to seizing and killing or holding prey, as are those of the Eagles, Hawks, and Owls. Their bills are quite tiny, compared to other birds of prey, which make them unable to penetrate the carcasses of large animals. However, the King vulture has a more powerful bill than other American vultures. It usually arrives on the scene well after other species of vulture. But when it does turn up for the feast the others give way to it, apprehensive of its hefty bill.

Vultures rarely attack living animals, and then only when the animal is disabled or dying of disease or injury.

The King vulture, also known as the American king vulture, is the most strikingly colored of the New World vultures. It has a yellow fleshy crest on the bill, the bare skin of the head being yellow and red. The plumage is black and grey with a rose-yellow tinge. It measures 30 inches.

King vultures frequently perch and are then inconspicuous, but at other times groups may gather to feed on a carcass and soar together over the trees. At times they will glide in wide circles for hours at a time spying out their domain below. By making perfect use of the air currents, a vulture is able to soar for hours at a time, without once flapping its wings.

The King vulture feeds on carrion, which it locates (one of the few birds to do so) with its sense of smell.

King vultures do not build nests; the female simply deposits her single egg in the hollow of a rotten tree trunk or in a crack caused by age or lightning. The parents take turns incubating the egg.

The young are naked when hatched, but very soon they are covered with a white or buff down. They do not acquire their adult plumage until 18 months of age. These birds breed well in captivity.